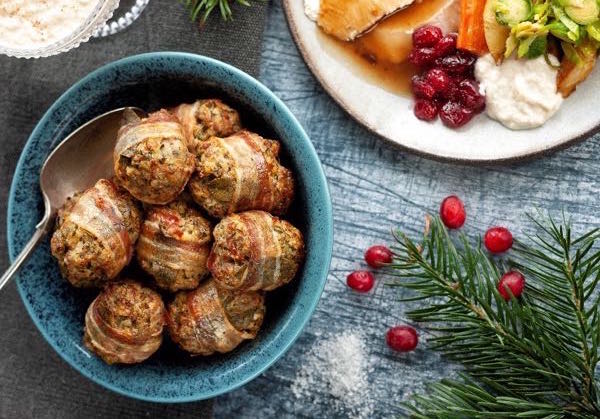 Melt the butter in a small frying pan and gently fry the shallots and garlic until soft.  Leave to one side.

In a large mixing bowl, fork together the sausage meat, Mortadella, breadcrumbs, Parmesan, lemon juice, herbs and season with a little salt and pepper.  Once well combined, add the beaten egg and stir well.

Put on a baking tray and bake in the preheated oven for approximately 25-30 minutes or until golden.